But why create an April Fools’ gag when its appeal is going to be short-lived? A spoof video campaign can help to reveal your brand personality, show a sense of humour, and reach a wider or new audience.

We’ve used our own experience of creating a successful video campaign for Barclaycard to pull out four fundamental features of successful trick.

One of the most difficult things to achieve in a prank is to get the balance between realism and fantasy. The world of the gag needs to seem believable…even if you don’t quite buy it.

Have you ever wished that you could search via your nose? Google may have got your hopes up (only to dash them) last year with its search by smell function. This new search function was described as its “flagship olfactory knowledge feature enabling users to search for smells.” The language, technical jargon, and tone seemed fitting for Google and we could suspend our disbelief for a moment or two to watch (and smell the roses).

The internet loves its cats, so it’s not surprising that pets work as April Fools’ jokes. Vimeo turned into Vimeow – a video channel just for cat videos. You could ‘patiently stalk’ rather than follow and chat in the ‘litterbox’, previously know as the forum. 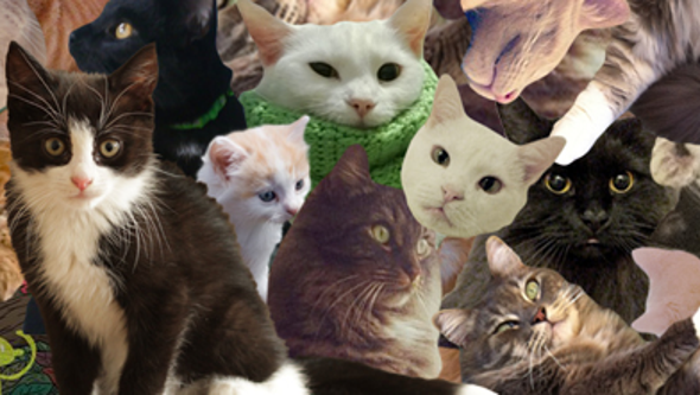 Another campaign which caught our eye was Sony’s Animalia range and #techforpets campaign where the technology brand revealed its new line of products for your pet. If only those cat headphones were real…

An April Fools’ campaign is the same as any marketing campaign in that your audience should be at the heart of what you do.

The Guardian got it right with its ‘goggles’ campaign, where with glasses you could see a left-wing or conservative version of the story. A really good, humorous take on the paper’s political outlook which would resonate with the audience.

Change.org launched a new site – same.biz where everything stays the same – which again plays on their brand values.

Video seeding, digital PR and paid media is important so that your content has the potential to trick as many people as possible.

Once you’ve identified the target audience for your video, build up a target list of influencers, create a paid advertising campaign and develop content to share via your owned media.

Putting it all together: Paywag for Barclaycard

Now how do you put it all together to create an effective campaign? We’ve had success here with our PayWag campaign for Barclaycard. 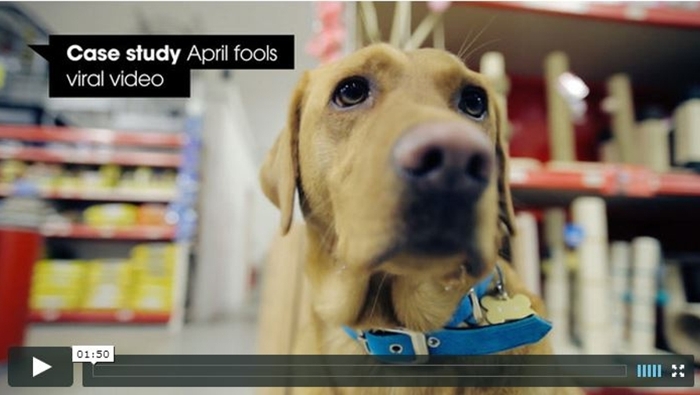 Firstly, to create an authentic video, we followed the style of Barclaycard’s corporate videos.

The concept of dogs making the payments put a funny twist on the brand’s ‘real’ contactless payment system. Therefore although it was a prank, the brand’s products were still promoted, as well as showing their personality and good sense of humour.

The video was seeded through a planned digital PR plan using owned and earned media. The results were impressive – our viral video gained over 20,000 views early in the morning of 1 April.

Will you get fooled this year?

Have you ever tried an April Fools’ Day content marketing campaign? Let us know which campaigns have fooled you.

– Drop us a line: info@hurricanemedia.co.uk