Hurricane has FUN with FRANK and FEE FREE FRIDAY

Fee Free Friday is a brand new campaign from Barclaycard. They aim to offer their customers access to the best event tickets every week on Fee Free Friday, when the booking fees are on them!

Our partner agency DARE asked us to produce a promotional video to help launch the content driven campaign via Barclaycards Youtube channel, Facebook page and the Unwind website. The brief – to explain the concept of Fee Free Friday in a humorous and unusual way.

We worked closely alongside Dare’s agency creatives to develop this stylised shot, mounting the actor on a chair on the floor to give the viewer the illusion that he is hanging in space.

Hurricane managed the entire production, setting up the shoot at London’s Shepperton Studios, organising and casting the actor and art direction, design and build of the set. 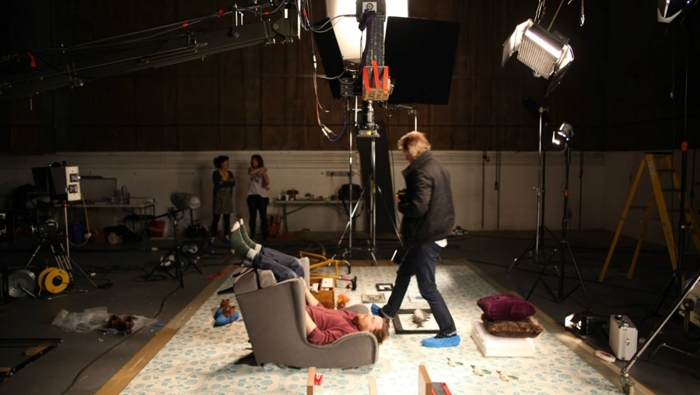 The shoot day was a real challenge, and featured a 20ft camera crane, suspending the Red Epic above our character actor playing Frank! The bespoke film set featured countless objects beginning with the letter ‘F’ to fit in with the central theme of Fee Free Friday (FFF). Followers on the Unwind Facebook page were then called to count the ‘F’ props in the video, to be entered into an exclusive prize draw.

The video has racked up 117,400 views so far on YouTube, and the content-driven campaign has been a huge success for Barclaycard. The video content pulled in 700 likes on their Facebook page and drove thousands of unique viewers to their website. 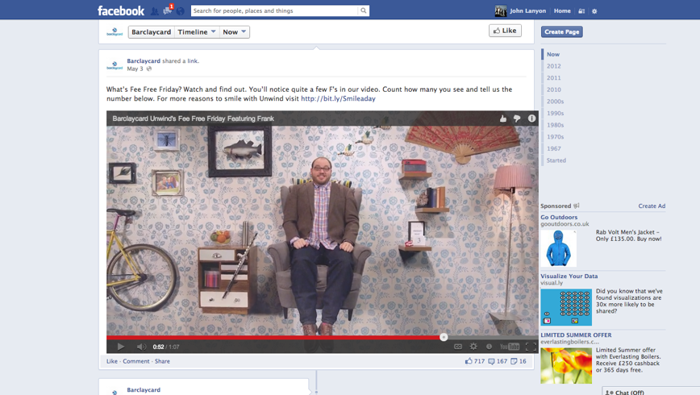