5 of the best automotive marketing campaigns

Automotive video marketing campaigns offer inspiration for all brands. The marketing teams behind car manufacturers need to create memorable stories to illustrate the personality of the brand and find new ways to resonate with their audiences.

Automotive ads give us great professional satisfaction as an agency offering a chance to get creative to bring brand messages to life, and today we’ve chosen 5 of the best automotive campaigns we’ve spotted recently.

With 38% of consumers reporting that they’ll consult social media next time they purchase a car, increasingly automotive brands are using video and social media to reach audiences. Marketers need to be where there audiences are and 84% of all automotive shoppers are on Facebook. (according to a 2014 CMO Council report).

As it places social media up front in its marketing strategy, Ford is our first choice. The brand has moved from a model “primarily of media relations” to one “primarily of storytelling” according to Mark Truby, VP of European communications. (The Drum) Rather than focus on magazines and TV, the brand is using social media to develop influencers which will be sustainable longer term.

Ford launched the Focus RS with a film of stunt driver Ken Block racing round one of its factories to demonstrate in an engaging way the features of the new car. This campaign made an impact trending number 1 on Twitter with 1.7 million views. The brand also asked 4 digital influencers to create their own videos which gained in total over 160,000 views.

This ad for Toyota “G” cars sees Tokyo dwellers have fun by playing baseball in the streets.

The car is not seen until almost the end of the ad when it appears to take the final catch. The red “G” button features throughout and starts off the impromptu baseball moves. The commercial amassed 3.5 million views in two weeks (now up to over 4 million). The take-away is to lead with fun content for your audience which still reinforces brand personality.

With video marketing, it’s vital to tell stories. This ad riffs on “The Prestige” movie and stresses a love for the car and Volkswagens in particular. It gained over 140,000 views in a week on Volkswagen France’s YouTube channel.

Put fans in the driving seat

MINI drew on its community of fans with its “not normal” campaign in order to reposition the brand as it was losing out to new competitors in the market. The idea was that “There’s nothing normal about a MINI. It doesn’t look or drive like any other car out there.” And by extension its owners are creative and inventive too.

The brand asked people to upload content to its tumblr site with the hashtag #Notnormal, and incorporated its favourites into the campaign. Engaging with real fans give an authenticity to the brand. Shaun McIlrath, Executive Creative Director said, “The brand could cut through the advertising artifice by playing to its greatest strength, the passion of its fans.”

The campaign also used outdoor digital with MINIs on London’s Cromwell Road receiving a “not normal” salute. But did the campaign get results? In 6 weeks, 230,00 were engaged with the campaign, almost 30,000 new fans were recruited and almost 4,000 visitors went to the campaign hub and 11% becoming leads.

We’re fans of Honda’s Power of Dreams series here at Hurricane, so it’s no surprise that our final video comes from this brand.

“The road to better” stresses that Honda is always striving to improve with inventiveness. This video uses a droste technique as a car goes round and round on an endless road. The online version of the film alters to meet the appropriate weather and lighting conditions of the user’s time zone. Here the actual video technique which is used illustrates the brand values perfectly. You can see how it was made in the behind-the-scenes video.

Looking for tips on how to cut through with your own video content? Explore our recent campaigns and sign up to receive our free content marketing ebook. 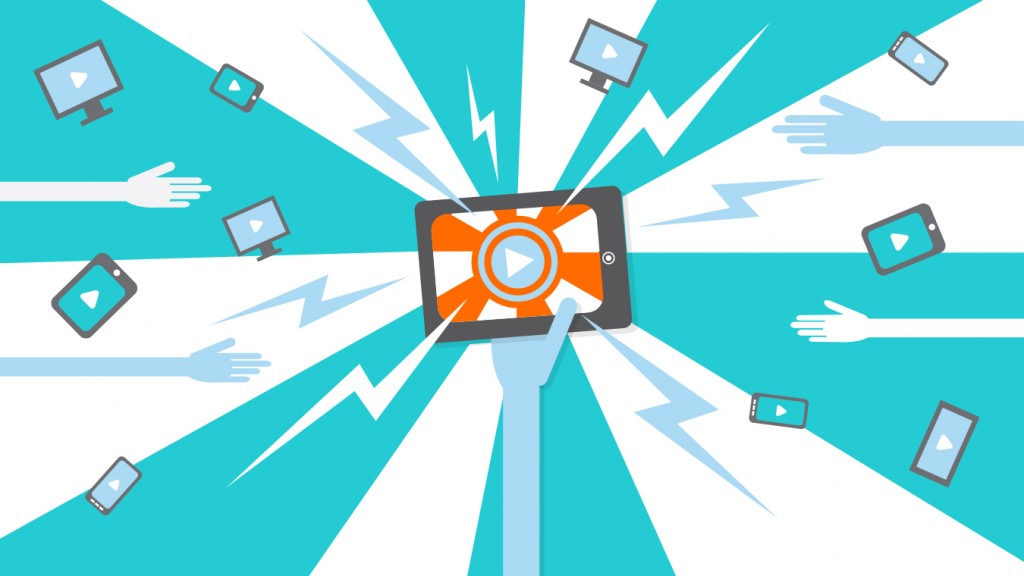