Street art partners, Juan2 and Miedo12 have been chosen from a huge array of hopeful applicants from around the world to paint alongside the world’s best artists at the one of Europe’s largest street art events; See No Evil 2013. 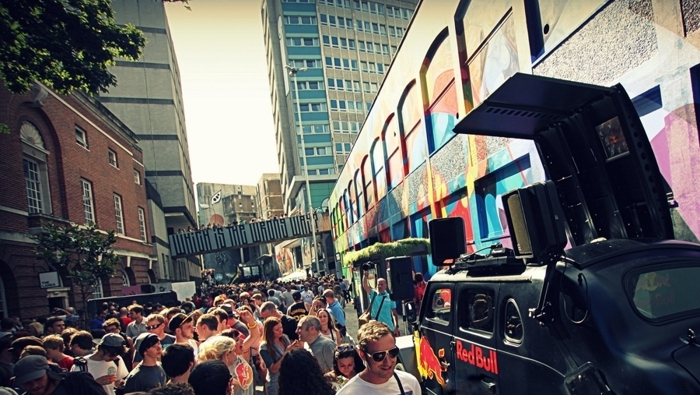 After being told the good news London based graphic designer, Juan2, originally from Valencia, said “I found out about this opportunity after watching Red Bull’s film about the different generations of amazing artists at See No Evil. I’ve been painting since 1998 and love making something beautiful out of basic urban spaces. It’s like giving a gift to the city.  Now Red Bull have given me the chance to show the world my work at See No Evil 2013, the largest Street Art gallery in the world alongside artists like Nychos!”

In August 2012, See No Evil saw top street artists present their work to the world on Nelson Street, Bristol.  See No Evil is the UK’s most ambitious and diverse permanent street art project featuring some of the industry’s biggest names including legendary artist Mark Bode, Austria’s Nychos and Bristol’s very own Inkie. 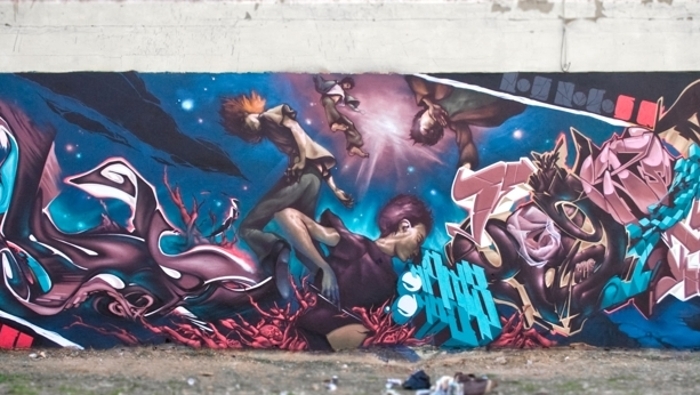 Red Bull partnered with the event to offer a unique chance for a street artist to take inspiration from the project and have their art featured alongside their heroes.  Aspiring artists had the chance to share a space on the infamous Bristol street with some of the world’s best street artists at See No Evil 2013 by submitting a single piece of artwork to impress judges, the See No Evil Curators.

Mike Bennett, organiser of See No Evil explains, “See No Evil is a destination for urban art fans from all over the world, designed to showcase the emerging and established talent in the world of urban art. We’ve worked with Red Bull to give artists the opportunity to work alongside the World’s best at See No Evil 2013. The submissions were so impressive but in the end, Juan2 and Miedo12’s work shone.”

The film we produced for See No Evil 2012 can be viewed below: