Ensuring your business is listed on the new Apple Maps

The New Apple Maps on iOS6 has come under a lot of fire under over the past week or so and it got me thinking about the opportunity Apple’s new mapping system presents.  Much has been said of the bugs in the new app, famous landmarks inexplicably missing, Dublin Airports relocation to a small remote farm and http://theamazingios6maps.tumblr.com/ has tracked some of the more comical graphical glitches in the new software. 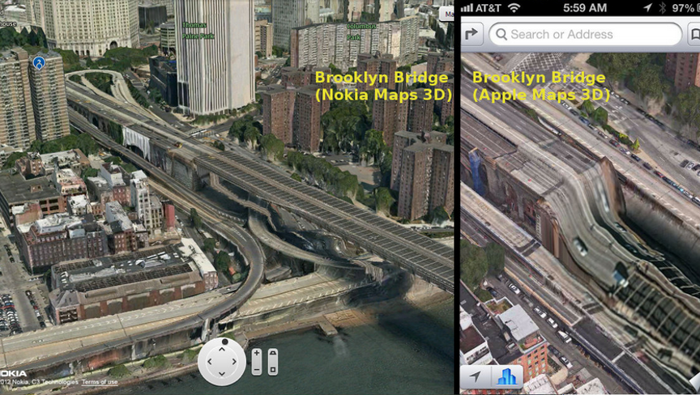 Apple have come under a lot of pressure to improve the app and build up some of the missing functionality that had been continuously improved for many years when they had relied on Google Maps data. There are some really insightful blogs looking at the reasoning behind Apple’s decision to forge their own mapping solution, and it’s unlike Apple to backtrack, so it seems that the present incarnation of Maps is with us to stay.

What stands out most to me is the missing business listings within the new Maps, which presents Apple with a big problem which they must be keen to rectify. The new Maps relies on business listing info from TomTom, Axiom, Localeze and business review data from Yelp. Yelp have a reasonable grounding in the UK (although I’d expect them to announce a big increase in registered businesses due to their partnership with Apple over the coming weeks). It seems that apart from TomTom, Apple doesn’t seem to have a comprehensive database of UK businesses to draw information from, with restaurants and bars being the main exceptions. They are currently relying on users input to update listings and let them know where listings are incorrect or incomplete.

For many businesses mobile strategy is becoming increasingly important. As a creative company over the past few years we’ve seen web traffic from mobile increase from one or two visits a week to accounting for almost 10% of our website traffic in recent months. It still amazes me with the plethora of smartphones available that almost 80% of our sites mobile traffic is from Apple iOS devices, and as an increasing number of those devices update to iOS6 they won’t be able to find us on their devices built in mapping service.

To try and rectify this we’ve added our business listing to Apple Maps and also updated our listing on the TomTom MyCompany Places site (which was still listed at our old offices). It seemed like a good time to set up a listing for video production on review site Yelp as locations with reviews seem to get extra prominence on the new Maps.

Optimising sites for mobile is becoming an increasingly big business. Research suggests 36% of opened emails are now read on mobile devices so if you’re noticing an increasing volume of visitors to your site on mobile devices recently you might want to make sure your business, or those of your clients are listed correctly. I’m looking forward to seeing how long it takes Apple to act on ours, and what must be an increasingly large pile of iOS6 mapping data to update.