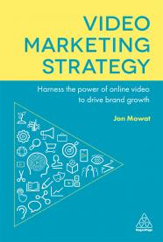 At a time when brands are vying for customer attention, technology is often a good way to stand apart from the competition.  There are new marketing technologies emerging all the time … and this blog looks at the rise of 360 degree video.

What if you could immerse your target audience in your latest brand story? How about increasing customer choice so they can decide where to point the camera in your latest product video? 360 degree video (360º) gives your audience the flavour of the virtual reality experience without the expensive headsets. YouTube brought 360º to its channel this year, and already there are a growing number of examples to check out.

360º  is immersive and puts your audience in control. By using the cursors, the viewer can decide where to look and where the focus the action.

What are the applications of 360º video?

The possibilities for storytelling are immense, and 360º can help people to not just see your products or brands, but feel they are experiencing them too. It is also a new way to encourage interactivity between viewer and brand. Let’s look at how you can use it for your business whatever your sector.

Some applications for 360º video are easy to spot: it’s perfect for estate agents, architects and construction businesses to show interiors and building work, allowing stakeholders and customers to explore. Likewise https://www.hurricanemedia.co.uk/our-sectors/leisure-hospitality-marketing/ can gain obvious benefits by being able to take customers directly your hotels or destinations and giving them the power to look around.

Stand out in the crowded marketplace

360 video is the latest technique, and thus with the right content and media plan, it could be an effective way to create a buzz. Previewing at the Bjork retrospective at MOMA, her latest video for ‘Stonemilker’ became a talking point in itself using 360.

The viewer has to interact with the content in order to continue to see Bjork when she goes off-screen. Brands can develop higher levels of interaction with their customers in this way. There is also the potential to create choose-your-own-ending stories which change depending on how viewers interact with them.

With summer festival season in full swing now, 360 degree video could be a useful way to differentiate your event. It helps to build a community by encouraging those who were there to share, and those who weren’t to participate and hopefully buy a ticket the following year. 360 video really puts people in the action. Here’s an example from the Bonnaroo festival.

For one-off special events, 360 video can help the audience at home to participate. For Saturday Night Live’s 40th anniversary special, viewers felt as though they were in the live studio audience for a Q and A. They are in control and can move the cursors to see who is asking questions from the audience.

For non-profits, 360 degree video could add that extra factor which helps the cause get the attention it deserves. Imagine taking the viewer to a day in the life of someone in need. This footage could really bring the charity’s messages to life by putting the viewer at the centre of the story.

A recent example is from Homme des Terres which created a VR film about child slavery in Kenya. It tells the story of Amani, a 12 year old who is exploited as a domestic worker. To view it, you need an Oculus Rift headset or use a device such as Google Cardboard connected to your mobile, but it gives an idea of the potential of 360 video for the charity sector.

Marketers can now put their customers in the driving seat with 360 degree video. The automotive industry really lends itself to 360º video and there could be gaming techniques brought in, for instance to demonstrate new safety features. Red Bull takes its viewers on a 360º video F1 ride, fitting perfectly with its wider brand story of challenge and adventure.

As with all techniques and new tools, it’s important to ensure that the stories you’re telling are relevant to your brand and meaningful to your audience. Think about ways in which you could use 360 degree video to create great content for your audience. Is there a story which relates to your brand which would look good in 360º? You do not necessarily need to promote your product directly but entertain your audience to create positive brand associations.

Like Red Bull, GoPro is a master at content marketing, and it’s not surprising they have already used 360º video. In the example below, GoPro use 360º effectively to show, not only what its cameras can do, but also invites its audience to participate.

How can your brand use it too?

Currently it’s not easy to do 360º yourself and it does require specialist equipment. Here are the cameras which are compatible with YouTube: Bublcam, Giroptic’s 360cam, IC Real Tech’s Allie, Kodak’s SP360 and RICOH THETA. You also need to run a special script on the video to file to insert the correct metadata (YouTube suggests this will change in time once they all use the same format). Find out more about the technical information.

We’re really excited about 360º video and can see great possibilities for brands. Get in touch if you want to look around.